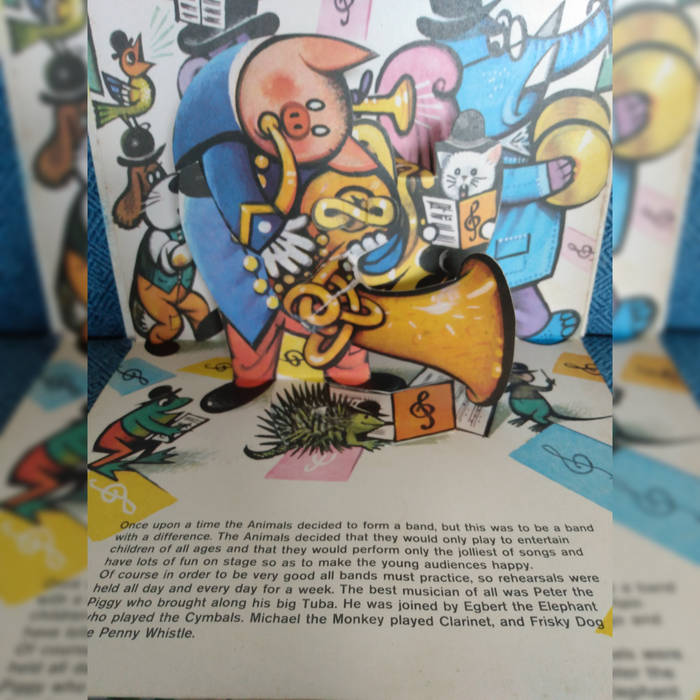 The first performance under the egregious auspices of the Uncivilized musical ethos (featuring many of the same players who would work with the collective over the next five-plus years), was at a little French-owned bar and music parlor in Park Slope, Brooklyn, called Barbès—a nabe spot whose cramped backroom was home to some of the city’s free-est free-jazz players. Although originally under my own given name, our first show was on July 4, 2012, as part of clarinetist/composer Oscar Noriega’s Palimpsestic Series. Someone cancelled and he liked a few of the mp3s I’d sent over email. Flashback a few years and there was absolutely no chance of playing here, regardless of hanging out there every Tuesday night after work to see Slavic Soul Party put the place up into flames with their balkan brass funk.

On that first show, we played an arrangement of Elliott Smith’s “Independence Day” for the occasion—put into a key where I could play the chords and the melody at the same time without a capo. I’ve got to give credit to the drummer here: I had been listening to a lot of Elliott during this period (for better or worse) and the original Uncivilized drummer Eric Read hipped me to “Independence Day” on the classic Smith 90s joint “XO”. He said we should play it, and it ended up being a pretty fun task: I found one section in there with a weird chord progression and we looped that for the sax solo and everything else was pretty much left as is, but transposed into that guitaristic key. What really brought it alive was the players: a blend of electro-acoustic pop, jazz, and experimental ragers who lifted this thing into flight.

Speed up a year later and we’re looking for other places to play around town. There is this series called “Size Matters” at a vegan bar/coffee shop in Park Slope that featured modern big bands every week. I emailed the curator and asked if he would be interested in a slightly smaller, yet equally orchestral band. The band was too small: “had to be at least 12 pieces”, he said. So, I decided to double pretty much everything. The first of these larger, rowdier shows was Monday, May 6, 2013, with a 12-piece expansion which included two violins, two double basses, two tenor saxes, cello, bass clarinet, live electronic sound design, and a flute as the cherry on top. We played two sets to a relatively empty room, but the vibe was ON—so were clarinetist and documentarian Levon Henry’s ribbon mics and laptop a few feet from the stage.

We needed extra material that night, so we brought back the “Independence Day” arrangement from the archives and it all exploded from there. Kyle Wilson, later transmogrifying into his psych-synth alter ego known as SHWILSON, is featured blowing the skies open with a raw-but-sweet tenor sax solo. On the B-side, the originals “Harlem / Dehli” and “Drifts” are smeared together through group consensus, alternating between dreamy pop auras and noir-tinged, Dixieland romp.

After cutting a few records and pairing things down from the Tea Lounge sound, while attempting to keep the same expansiveness, Uncivilized moved back to Barbès, presenting a number of monthly residencies and themed concerts; highlights in the backroom included: a vinyl release show (nyti.ms/2mqW2CR); a Chico Hamilton show (youtu.be/n_-tUSki6QE); a John Fahey show (bit.ly/3gyfzeL); a Frank Zappa show (bit.ly/2AnHduf); and a Twin Peaks Halloween show (UncivilizedPlaysPeaks.com).

At this very moment, Barbès is closed and struggling financially—they’ve succeeded in fundraising beyond their initial goal, but who knows when the place will be back up and running, and if it will ever be the same. In thanks for all they have given to Uncivilized for almost a decade now (and to a very thriving community of music lovers and players alike), all proceeds from this single and B-side will be sent directly to the “Barbès Fund”.