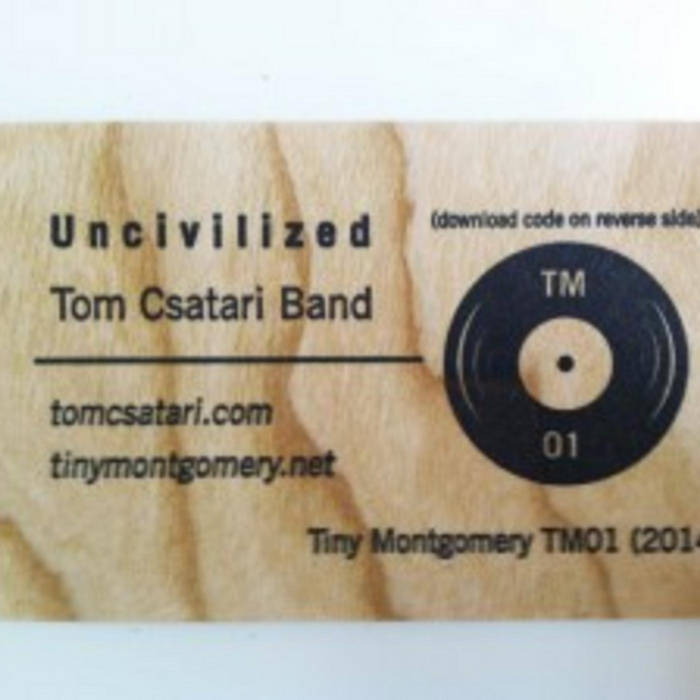 Cherry wood, letter-pressed download card for Uncivilized’s self-titled, debut record on Tiny Montgomery Records (originally under the bandleader’s name). Includes download of the full album as one track, like an old record.

"Its gigs are a bit raw, from general to specific, but raw on purpose. (Its recent album, also called “Uncivilized,” on the Tiny Montgomery label, is much the same way.)" — Ben Ratliff, The New York Times